Chelsea midfielder Cesc Fabregas has admitted that the lure of trophies is what enticed him to make the summer switch from Barcelona to Stamford Bridge and work under Jose Mourinho.

The Spanish international joined the West London outfit on the eve of the World Cup finals in a deal that surprised some given his past ties with their rivals Arsenal, where he spent eight years of his career and made his name in world football.

His decision to join the Blues has been vindicated as he’s already lifted the Capital One Cup in March and can win a first ever Premier League medal should his side beat Crystal Palace at the Bridge on Sunday afternoon.

Speaking to Sky Sports ahead of a massive day for the club Fabregas says competing for trophies and the assurance of regular football convinced him to make the move to West London:

“Once you sign for a big club like Chelsea the main target is to win trophies and to feel important.” The 27-year-old stressed.

“Coming to Chelsea and playing week in, week out in the same position helped my confidence a lot and I’m really enjoying my football.” 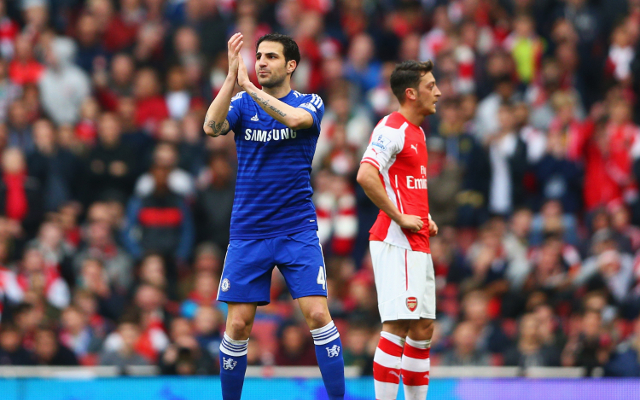 Last weekend he made a first return to the Emirates Stadium since his departure in 2011 and admits he was not surprised with the mixed reaction he received from the home support:

“The reception I had was the one I expected, I was someone playing against them.”

“But afterwards, when I came off in the last minutes of the game and they started clapping me and I clapped them back, I cannot deny that was a very special moment for me that will stay with me all my life.” he added.