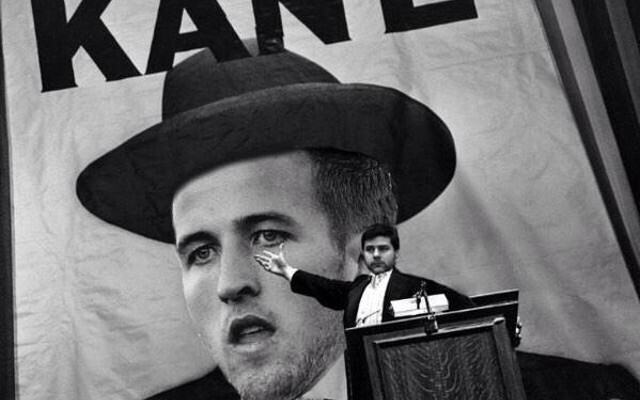 Manchester United have been linked with a £45 million move for Tottenham striker Harry Kane by the Daily Mail, and it’s safe to say the citizens of Twitter are in uproar.

The 21-year-old has been brilliant this season for Spurs, scoring 31 goals in his 51 appearances for the North London side during the campaign. It’s an absolutely stunning rise when you consider that he wasn’t even a first team regular when manager Mauricio Pochettino first arrived at the club.

Meanwhile the Red Devils have been struggling to find a striker to help out captain Wayne Rooney up front. Robin van Persie and Radamel Falcao have been desperately out of form, and manager Louis van Gaal doesn’t seem to trust youngster James Wilson.

However, there are some worries that spending so much on a player who has essentially had one good campaign. It would be a major risk for the Red Devils to sign the forward when they could get a more proven goalscorer for a similar price.

Manchester united ignoring the words of Ferguson already. Do not sign a player at the back of a prolific campaign. Harry Kane a big Risk.

45m pounds for Harry Kane is insanity, most wouldn’t pay that for better strikers!

Harry Kane leaving Spurs is nonsense I’m not even going to waste my time thinking about it, except now…and maybe a bit later. — Joe Crilly (@footy_joe) May 15, 2015

Think that Harry Kane to Manchester United story is best left to have its 48 hours of sunlight. — Sport Witness (@Sport_Witness) May 15, 2015

Harry Kane rumours sound like tabloid nonsense to me. He could quite easily be United’s Andy Carroll signing. One good season, means nothing