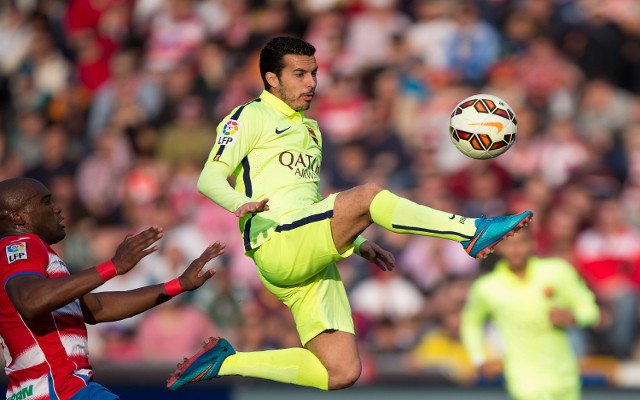 Stamford Bridge side set to snap up supremely talented attacker.

Chelsea have reportedly agreed a deal to sign Barcelona attacker Pedro according to Spanish source Sport (via Goal.com).

The 27-year-old Spanish international saw his first team chances hindered by the signing of Luis Suarez last summer, which led to the forming of a mouthwatering attacking trio of the Uruguayan alongside Lionel Messi and Neymar, and the recent capture of Arda Turan from Atletico Madrid appears to be the final nail in Pedro’s Nou Camp coffin.

Jose Mourinho and Cesc Fabregas have apparently convinced Pedro to move to Stamford Bridge and the Barcelona star would arguably offer an improvement on the likes of Willian and Juan Cuadrado, offering a far more lethal option in the final third than the South American pair.

The move will cost a very reasonable £14.4m according to the Metro.