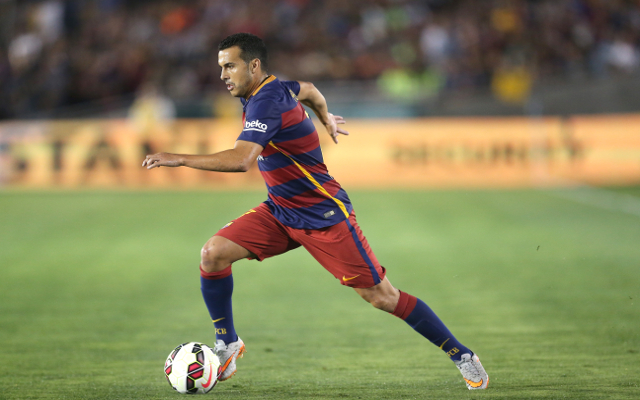 Manchester United transfer target Pedro has explained why he is leaving Barcelona, reports the Daily Star.

The 27-year-old has been accused by some, such as Barca director Robert Fernandez, as being a mercenary for wanting to leave the Nou Camp, but he insists that it is actually about playing time.

“It’s a difficult situation for me,” said Pedro, “I don’t want to go but it’s a question of playing time, of continuity in the team, and it’s been this way for a few years now. Of course I wanted to play in the final. The truth is that I had a good chance to play. The coach has decided not to count on me.

“I don’t know if I will continue here. Robert should not have said what he said. I have barely exchanged words. He doesn’t know what I’m going through. And this is not about money. It’s a lack of respect towards me to say that it is. It’s about me playing. I’m ambitious.”

He has also confirmed that he is keen on a move to the Red Devils.

“Manchester? Yes,” he added, “There are nice challenges on all sides. Today I’m here, and I’m happy. And if I go, I will go with my head held high having always given everything.”

United have been heavily linked with a £22 million move for the Spain international, especially after they lost Angel Di Maria. The £59.7 million record signing joined PSG for just £44 million after a disappointing debut season at Old Trafford.

Pedro could be the perfect replacement for the Argentinian, being able to play on either wing. He has also won almost all there is to with the Blaugrana and Spain, potentially bringing much needed experience to Louis van Gaal’s squad. The Dutchman will be wanting to get the team back in to contention for trophies, and players who have been there before could be vital.