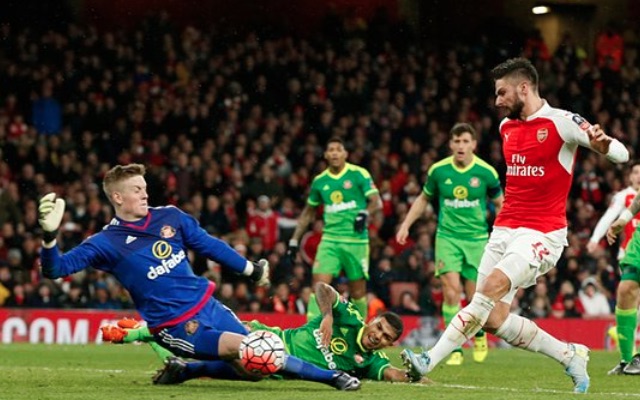 But Gunners fans need not have feared because Hector Bellerin stepped up to the plate, supplying two of Arsenal’s goals in their 3-1 come-from-behind win at the Emirates Stadium this afternoon.

The flying Spanish full-back squared for Aaron Ramsey to convert Arsenal’s crucial second on 72 minutes, and then picked out Olivier Giroud at the back post for the goal which sealed victory.

Bellerin has been a revelation since breaking through Arsenal’s youth ranks, and his good performances are why Mathieu Debuchy is free to leave the club this January, as BBC Sport reports.

The back-to-back winners of the competition had gone behind to a 17th-minute Jeremain Lens opener, although Joel Campbell quickly cancelled that goal out from Theo Walcott’s cross.

Arsene Wenger’s side remain on course to become the first team since Blackburn Rovers in the 1880s to lift the FA Cup in three successive seasons – after nine years without a trophy.