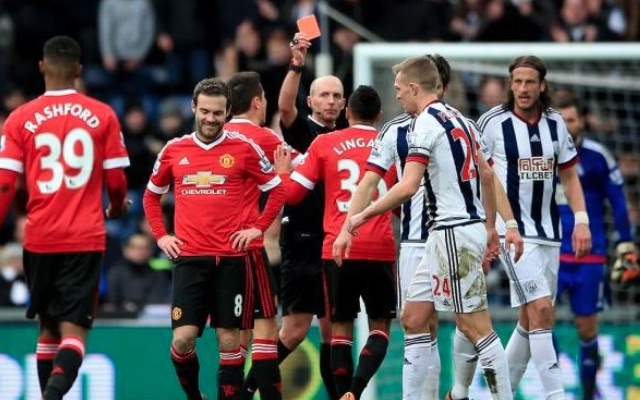 Juan Mata has insisted that it was a lack of consistency that cost Manchester United a return to the Champions League.

Louis van Gaal took the Red Devils back to the top flight in his first season in charge of the club, but has failed to build on that success this term.

United crashed out of the UCL in the group stage this time around, and appear set to miss out on a return to the European high table.

While the Red Devils could mathematically make the top four with a massive victory over Bournemouth in their delayed fixture rescheduled for Tuesday evening, they appear destined to fall short of the top four.

Speaking to journalists—as per the Express—Mata has acknowledged just where the Red Devils went wrong this term.

“It leaves us with a bad taste,” the playmaker began, when asked about Manchester City’s draw against Swansea, which all but ends United’s Champions League hopes.

“Even if we enjoyed good moments together throughout the season, we weren’t consistent enough to qualify for the top European competition.

“United must be ambitious,” Mata added, “and always fight for everything.”

The 28-year-old Spaniard was arguably culpable during a tricky season for the north-west heavyweights, particularly considering he is one of the club’s more senior players.

The former Chelsea star made 37 outings for van Gaal’s side in the league, scoring six goals and contributing just five assists.