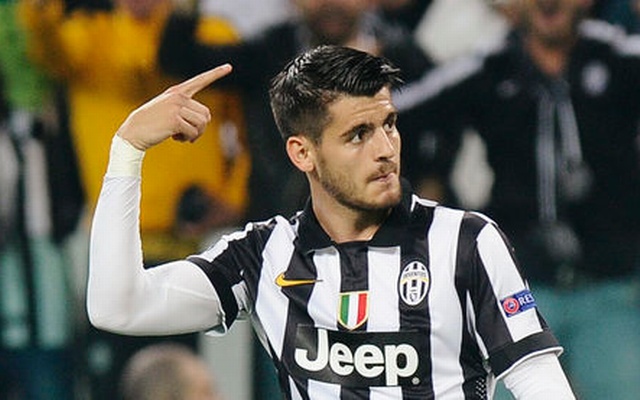 Juventus striker Alvaro Morata has addressed talk over his future and has essentially left the door open to a summer switch to England.

The 23-year-old is Euro 2016 bound with Spain this summer, and although perhaps in an ideal world he would have his future secured prior to the tournament, it looks as though he could be forced to wait until after.

Nevertheless, although he has insisted that he would like to make it work at Real Madrid, with the La Liga giants set to exercise the buy-back clause in his contract with Juve this summer, the competition for places is something that he isn’t keen on.

Having proven his worth in Turin over the last two years, Morata is arguably deserving of being a major protagonist for a top club in Europe, and that search for regular first-team football is likely to take him to the Premier League this summer with Real looking to sell him on for a profit.

“Hopefully everything will be resolved before then, because it is uncomfortable to be helping your country with phone in hand,” Morata told AS.com.

“My wish is to succeed in Madrid, but Madrid have great players and what I want is to play and feel important.

“There are some offers from England that are tempting, not only because of the contract. I think my characteristics mean the Premier League would be a great destination. With what I have learned in Italy, if I have the chance to learn something more in England I think it would make me a more complete player.

“I am 23 years old and I want to progress, to play and learn from the best.”

With a habit for scoring important goals and an all-round game that could see him excel in England, Arsenal supporters have been left particularly excited by speculation linking the Spaniard with a move to the Emirates this summer, with The Telegraph noting that the Gunners are admirers.

Arsene Wenger will be desperate to land a top-class striker capable of scoring 20 goals or more in a single campaign, something that his side have lacked in recent years, and perhaps Morata could be the man to fill the gap.