But if he has been reading the newspapers and transfer blogs over the summer, he will have seen Liverpool linked with a plethora of left-backs supposedly in line to replace him at Anfield.

Yet the Spaniard is clearly not just going to stand aside for whichever left-back Liverpool eventually land on. The caption to his latest Instagram upload is a strong message on his future. 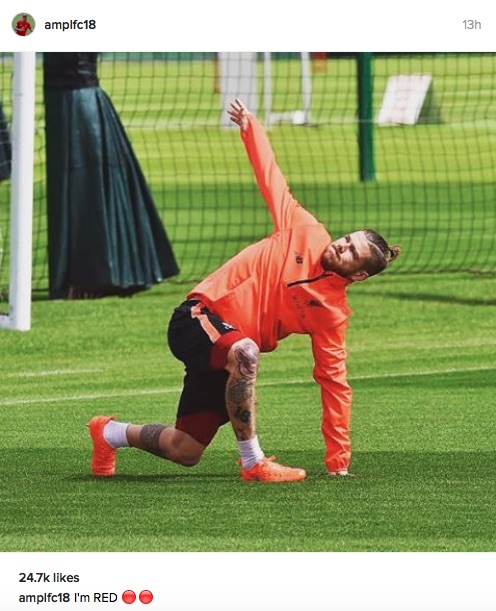 You can knock his defending, but you have to admire his courage. Moreno has copped a lot of stick for his performances, and could easily tuck his tail between his legs and go back to La Liga.

But the 23-year-old is obviously determined to fight for his place in Jurgen Klopp’s lineup. Moreno insists that he’s a RED – in capital letters no less. Will he still be at the close of the window?