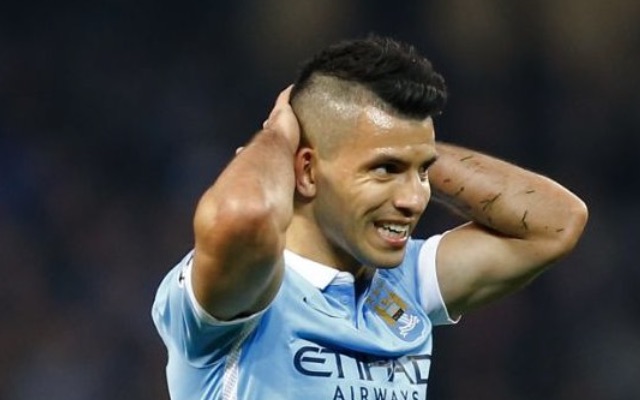 Theres’ a great opportunity to watch Manchester City’s clash with Borrusia Dortmund this lunchtime as Bet365 announce this week they are live streaming all the International Champions Cup matches to all UK visitors!

You can watch the game via any laptop, tablet, desktop or or via your mobile phone, the brand announced this week.

Manchester City will finally get to see some action in the International Champions Cup when they take on Borussia Dortmund this lunchtime in Longgang Stadium in Shenzhen, China. With Pep Guardiola still ruing over his squad this is a good chance to take a peek at how his plans are developing for the new season

The City boss saw his side’s their opening game with Manchester United cancelled due to extreme weather conditions and he will be hopeful of the chance to get some game time for his players ahead of the new season.

The Blues will now get the chance to see some action against the Bundesliga runners-up. The game will be Guardiola’s second in charge after he lost his opening game 1-0 against former club, Bayern Munich.

The innovative coach could spring a surprise on Thursday with Brazilian midfielder Fernandinho tipped to move into a central defensive position.

The player, along with Fabien Delph have been training with the defenders in a move that is viewed as a positional change, something Guardiola has done before, at Barcelona with Javier Mascherano.

Youngsters Angelino and Pablo Maffeo could get another run out after impressing against Bayern while Jesus Navas and Wilfried Bony could start up front.

City and Dortmund last met in the UEFA Champions League back in 2012/13.  The teams drew 1-1 in Manchester before Dortmund won 1-0 at home. Thomas Tuchel’s side have undergone a summer of change with the likes of lkay Gundogan, signed by City, Henrikh Mkhitaryan and Mats Hummels all moving on.

However despite the departures, the club looks stronger than ever with Andre Schurrle, Mario Gotze, Ousmane Dembele, Sebastian Rode and Raphael Guerreiro all arriving.

Dembele made an instant impression with a superb goal in the 4-1 win over Manchester United and the French man will be out to make a similar impression against their City rivals.

One man who won’t be involved is Pierre-Emerick Aubameyang. The striker, linked with a move to Manchester City, has flown home to be with his pregnant wife.

It should be a cracker of a match between two top sides in their domestic leagues, and with both having genuine Champions League aspirations we could be set for an entertaining game.

As mentioned, Stoke based unit Bet365 announced this week that they have exclusive access to the match,  which will be streaming through their website. You can watch via your laptop, tablet, desktop and of course on the move via your mobile phone.