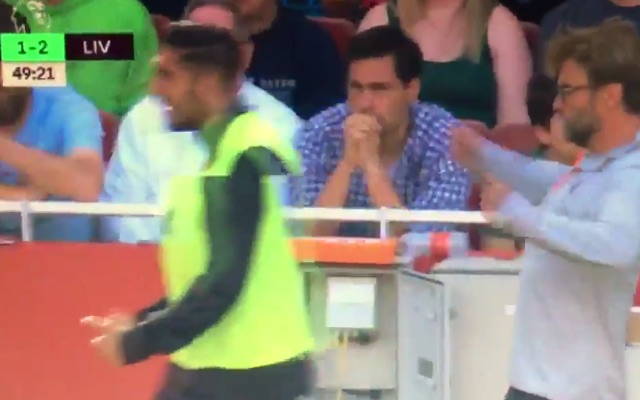 Don’t drop your glasses, you’re gonna want to see this!

Arsenal had led 1-0, but at the time of writing they are 4-2 down with the Reds in top gear.

Klopp is clearly having a ball.

He celebrated Liverpool’s second goal – scored by Adam Lallana – by beating his chest like a gorilla followed by a powerful fist-pump which saw his specs fly off his face.