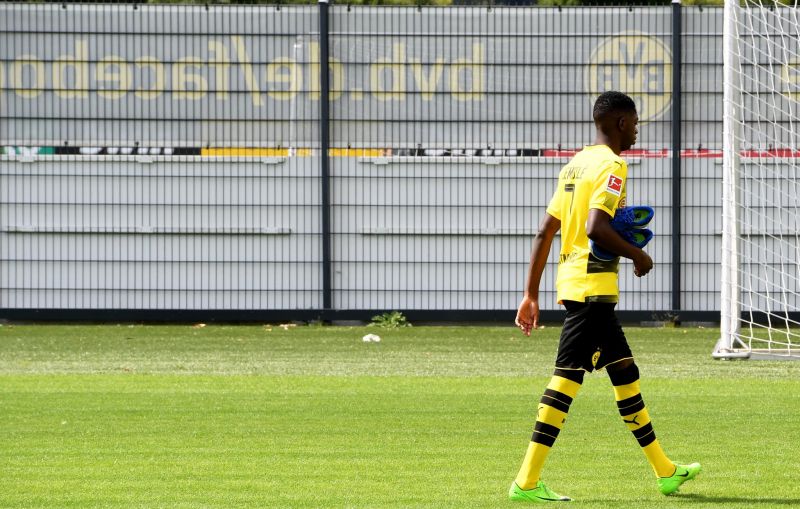 Barcelona target Ousmane Dembele missed Borussia Dortmund training on Thursday amid suggestions the winger is trying to force a way out of the Westfalenstadion.

The news comes just a day after Sky Sports in Germany reported Dortmund had slapped a massive £135 million price tag on the 20-year-old, with journalist Keveh Solhekol breaking news of Dembele’s no show just 24 hours later.

If he did get sold for that amount, it would make him the second most expensive player ever behind Neymar, whose move was worth £198 million per Sky News.

Not only did Dembele not show up for training, but he also left the club totally unaware of his whereabouts, according to The Mirror.

“Dembele didn’t show up for training today,” Dortmund manager Peter Bosz told reporters, as quoted by The Mirror. “We don’t know where he is. We couldn’t reach him today”.

Barcelona are searching for a replacement for Neymar, after he left for a world-record fee to PSG earlier this month.

Whilst the pendulum is looking to be swinging towards the way of the Nou Camp, The Express reported that Real Madrid have also asserted their interest and that the France international knows about both clubs’ interest.

They also claimed Barcelona and Dortmund representatives he’d met on Tuesday to discuss a deal for Dembele, who netted 10 times in 49 appearances last season.

Coutinho had been touted as the most likely to join Ernesto Valverde’s men but, according to Sky Sports, Jurgen Klopp has no intentions of selling the Brazilian, so the news could indicate a twist in the tale in the quest to find Neymar’s successor.