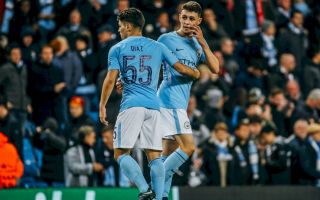 Real Madrid are reportedly considering a move to swoop for Manchester City youngster Brahim Diaz as he nears becoming available on a free transfer.

The 19-year-old looks a promising talent, but is yet to establish himself in the City first-team due to so much quality competition in Pep Guardiola’s squad.

It may now be that Diaz will get offers elsewhere as his City future looks in major doubt as he enters into the final months of his contract with the club.

If the Spain Under-21 international does not get a new deal soon, he can move on a free at the end of the season and even negotiate a move abroad from January onwards.

According to Don Balon, this has got him on Real Madrid’s radar as Florentino Perez seems to look into strengthening his squad with a number of Spanish talents.

A move for Diaz could be a good one for the future for Madrid, who look in need of a new generation after selling Cristiano Ronaldo in the summer, while other key members of the squad like Sergio Ramos and Karim Benzema look ever closer to the ends of their top level careers.

Diaz on a free could well prove a clever low-cost signing for the long term if he ends up fulfilling his big potential.