According to Italian outlet Calciomercato, Juventus are attempting to beat European rivals Barcelona to the signature of Ajax starlet Sergino Dest.

Calciomercato add via Spanish publication Marca that Manchester City and Bayern Munich are also keen on the 19-year-old right-back.

A report from Calciomercato last week hinted that Juventus are keen on the ace, with the plan of playing the American talent at left-back, Dest has a fair bit of experience of being fielded on the opposite flank.

Fichajes claim that the versatile ace is valued at around €20m, with Paris Saint-Germain also said to be in the race for Dest. 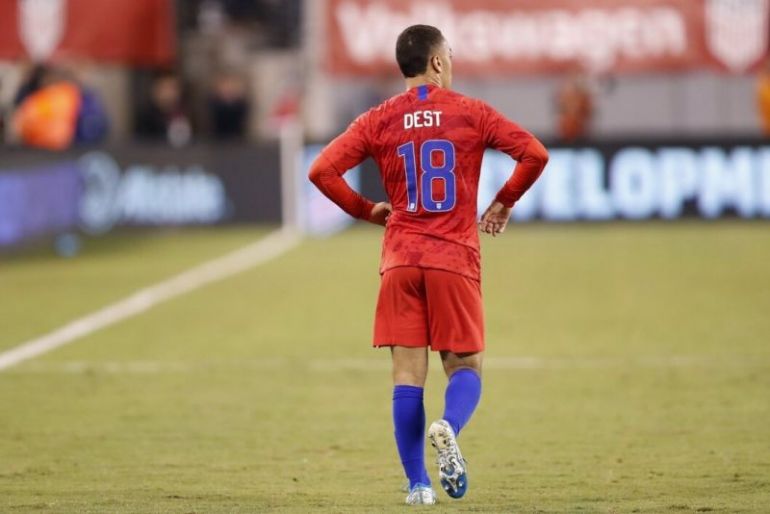 Dest in action for the USA National team.

Calciomercato and Fichajes report that Juventus and Barcelona respectively have a good relationship with Dest’s agents, so at this moment in time perhaps these two sides are favourites to land the talent.

Dest was recently named as the winner of Ajax’s ‘Best talent of the Year’ due to his fine performances this season, the youngster has chipped in with six and two goals this season.

Dest perfectly fits the mould of a modern full-back with his attacking talents, the ace’s fine performances have already seen him snub Holland to represent the US at senior level.

Either of Barcelona’s or Juventus’ system would be an ideal fit for Dest, both sides dominate possession in their respective leagues and in doing so their full-backs operate as wing-backs.