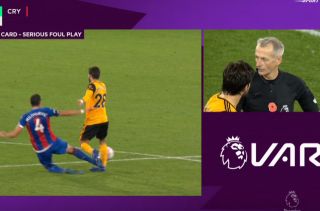 There aren’t that many positives to take from a nasty challenge that results in a red card, but at least we have an example of VAR working well to reach the right decision.

Luka Milivojevic will probably get away with this 20 years ago when he can rightfully claim that he’s got something on the ball, but the follow-through looks pretty horrible and he plants one right on Joao Mourinho.

It initially went unpunished until Martin Atkinson was urged to review the decision on the pitch-side monitor, and it’s pretty hard to argue with the call:

The reaction from the players usually gives things away and you can see his teammate is resigned to the red card coming out.

In some ways it’s a little harsh on the Palace man because it doesn’t look like he’s trying to cause an injury, he’s simply stretching too much for a ball that’s just out of reach.

The problem is that it is out of control and dangerous, so it’s always going to get given as a red card. 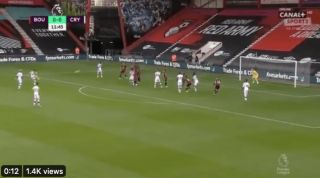 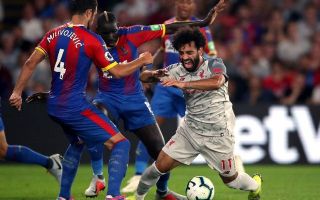