According to ESPN, with Barcelona on the hunt for a new striker this summer, a priority plan that appears to be shared by all three presidential candidates, the club have already been offered Sergio Aguero.

ESPN unsurprisingly report that the cash-strapped club are eyeing players who are out of contract this summer, with Aguero being one of the marquee options fitting this tag.

It’s claimed that the Blaugrana have already been offered the signature of the 32-year-old on a free transfer, presumably by the striker’s representatives or intermediaries as opposed to Manchester City.

Aguero has seen less action over the last two season-and-a-half due to injury troubles, the superstar has been limited to nine appearances across all competitions this term, just three of which as starts. 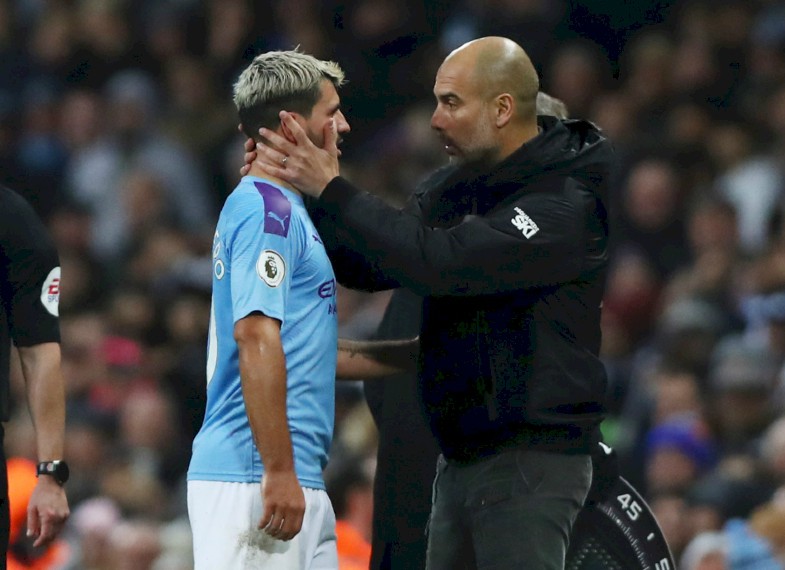 Aguero has been legendary for Manchester City and has experience in La Liga.

The Sun reported earlier that Aguero has actually already been in contact with the Catalan outfit and rivals Atletico Madrid over a potential move.

Aguero has established himself as one of City’s greatest players ever since joining from Atletico in the summer of 2011, who he starred with in La Liga for five years.

With Aguero a close friend of Lionel Messi owing to their time with the Argentina national team, the world-class striker may well be a recruit that could help convince the all-time great to stay put as well.

Aguero’s record is remarkable, he’s the fourth-highest goalscorer in Premier League history with 180 to his name, which also makes him the most prolific foreign star in the English top-flight.

It’s a shame that in what’s shaping up to possibly be the Argentine’s final season in England that injuries have prevented the ace from breaking into the top three, he’s just seven off Andy Cole’s PL tally.