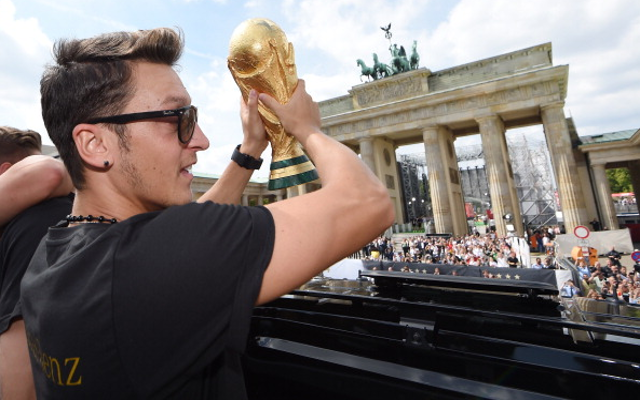 Arsenal playmaker Mesut Ozil is a man on a mission with the Daily Star reporting on the German international’s desire to achieve a marked improvement in form in 2014/15.

The 25 year old came in for a fair amount of unfair criticism last term, perhaps his £42.5m price-tag weighing unfairly on the former Real Madrid man, and is ready to prove any doubters wrong this term.

Ozil’s return of seven goals and eleven assists from 39 starts in all competitions is by no means paltry, especially in a debut season, but the flair player is magnanimous enough to outline areas of his game that are in need of improvement.

“I need to have more shots at goal again – and also improve my headers.”

Having secured a World Cup triumph over the summer it appears Ozil is keen to kick-on and help his north London side to mount a genuine push for major honours.

“The World Cup title was a great success, but it has to go on now.

“I am looking forward to my second season in England because I can also bring in my experience from my first season.

“I feel great in England, and even more so in London and especially at Arsenal.”

Arsene Wenger has already publicly stated that Ozil, and his fellow countrymen Lukas Podolski and Per Mertesacker, will not be available for the start of the Premier League season with the trio all set to miss out as the Gunners host Crystal Palace on Saturday though Arsenal fans will hope they return refreshed and ready for action very soon.