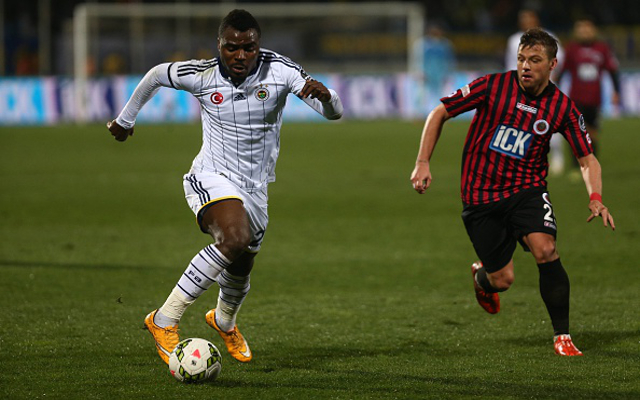 Fenerbahce forward Emmanuel Emenike ran from the pitch after being booed by his own supporters during their derby clash against Besiktas, reports Turkish Football.

The Nigeria international has been under pressure because of a poor goal-scoring record for the Turkish club.

Is this the worst reaction to fan abuse ever seen!?