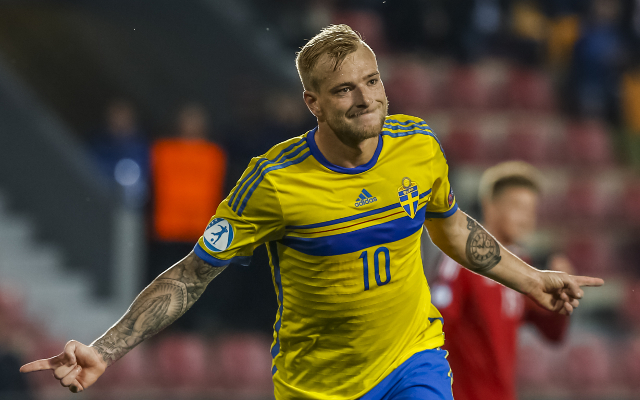 Sweden advanced to the Final of the Under-21 European Championship after a 4-1 win over their Scandinavian rivals Denmark on Saturday night.

John Guidetti broke the deadlock in the first half after Alexander Scholz bundled over Isaac Kiese Thelin in the box with the referee having no choice but to point to the spot.

The former Manchester City man made no mistake as he guided the ball into the back of the net to give his side a surprise lead against the highly fancied Danes.

That shock was doubled minutes later as Simon Tibbling doubled their lead with a great finish and as an unfortunate slip from his marker gave him time and space to slot home.

Having dealt with Denmark’s pressure before and after the interval, Uffe Bech ensured that there would be a few nervous minutes as he cut their lead with a deft finish after some woeful defending from Sweden.

However, their momentum didn’t last long and substitute Robin Quaison came on after 72 minutes and wasted little time before striking the killer blow to ensure that there would be no comeback.

Sweden didn’t sit back on their lead even at that point as they broke at the very end with Sam Larsson adding a fourth with the last kick of the game, and it turned out to be his only touch after coming off the bench just seconds earlier.