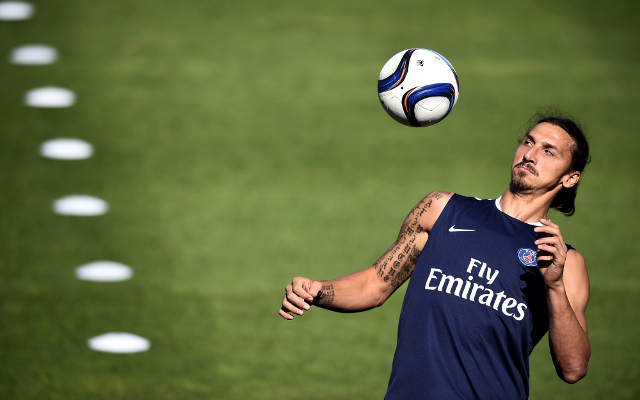 Old Trafford side set to make move for PSG star.

Manchester United are in ‘the clear’ to bring in Swedish veteran Zlatan Ibrahimovic following reports that PSG are ready to sell the 33-year-old before the summer transfer window slams shut according to the Metro.

Though Laurent Blanc’s side have eased to victories in their opening two Ligue 1 fixtures without Zlatan Ibrahimovic, who is recovering from a knee injury, it is still something of a shock that PSG would consider offloading such a crucial member of their Parc des Princes squad.

The experienced forward is said to be keen on working with Old Trafford boss Louis van Gaal and a move to bring in Zlatan Ibrahimovic would certainly resolve, in the short-term at least, Man United’s lack of a cutting-edge in the final third.

Man United sold Robin van Persie to Fenerbahce and haven’t replaced the Dutch forward and van Gaal has opted to use Wayne Rooney in a central striking role with limited success thus far this season.

Van Gaal preferred to use the England international in a withdrawn role last term and arguably this is a spot that better suits Rooney’s talents.

Zlatan Ibrahimovic moved to the French capital in July 2012 and has proven a stunning success, scoring an astonishing 106 goals in 126 appearances in three seasons at PSG, during which the big-spending side have romped to three successive Ligue 1 titles.