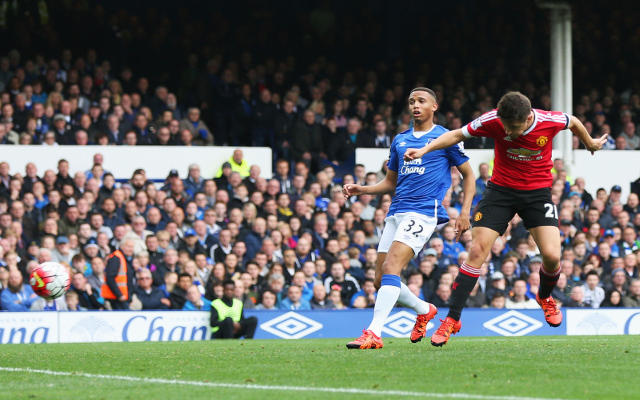 Manchester United midfielder Ander Herrera believes his side can challenge anybody if they repeat the form shown during their 3-0 away win at Everton on the weekend.

The Spanish international was making his first Premier League start in over a month and put in an excellent display, netting Man United’s second with a header, and will hope to retain his foothold in Louis van Gaal’s starting eleven as a result.

The 26-year-old enjoyed a decent first season at Man United but has seen his first team chances limited following the addition of many top quality players over the summer and Herrera is confident his side can mount a genuine challenge for major honours in 2015/16.

“We showed everyone that Manchester United are here and that we are here to fight for everything.

“When you lose the way that we did against Arsenal then we couldn’t wait for this game. I think the first 20 minutes today were fantastic and this was the way we had to react. When you have to fight for everything you have to play like we did.” Herrera added according to quotes reported by the Daily Mirror.