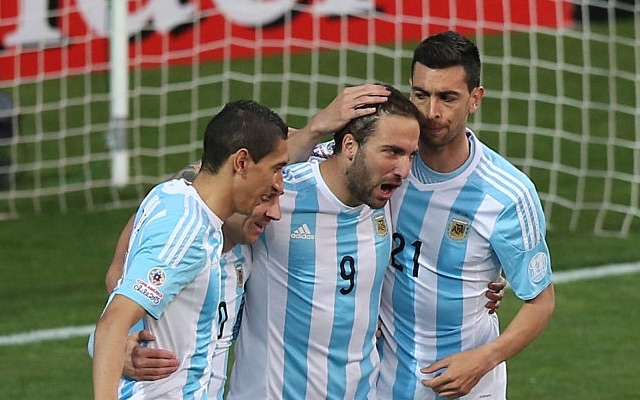 He’s scored goals consistently for every team he’s played for and, at the age of 28, a move to the Premier League could finally be on the cards for the 6ft no.9.

Incoming Chelsea manager Antonio Conte has informed Blues bosses that he wants to Napoli striker Gonzalo Higuain to follow him from Italy to Stamford Bridge this summer, according to the Daily Mail.

Higuain is coming to the end of his third season with Napoli, for whom he has scored 67 times in 102 Serie A games.

The French-born Argentina frontman – who has 25 senior international goals to his name – is ready to join Chelsea in a £42m move, so say the Mail, but only if he is given assurances that he will be Conte’s first choice in attack.

Diego Costa has led the line for Chelsea since arriving from Atletico Madrid two years ago, so he would either have to leave or get intimate with the bench in order to accommodate Higuain.

It seems more likely that Costa would seek a transfer, rather than settle for extended periods on the sidelines, especially considering he is said to be a wanted man.

The Mail claims that former club Atletico Madrid are keen on him, while there is also interest from the Far East.