Another world class 20-year-old who could be part of United’s transfer plans is AC Milan goalkeeper Gianluigi Donnarumma.

David de Gea may well need replacing after an alarming dip in form at the end of this season, and Calciomercato claim Donnarumma is on the Red Devils’ radar for this summer.

Still only 21 years of age, Ruben Dias has shone with Benfica this season to attract rumoured interest from Solskjaer’s side this summer.

The Sun have linked Dias with a move to the club to provide a major upgrade on their current defensive options, and he’s another top young talent who could be crucial to United’s success for many years to come.

The Daily Mail claim Adrien Rabiot has been offered to MUFC, and the 24-year-old could be another quality addition to Solskjaer’s midfield.

The Frenchman, along with Rice, would give Paul Pogba much more to work with in the middle of the park, with upgrades needed on Nemanja Matic and Fred, while Ander Herrera is leaving at the end of his contract.

Finally, another top young talent from the Premier League who could make his way to United this summer is Crystal Palace’s 21-year-old right-back Aaron Wan-Bissaka.

Remarkably, the Independent claim the England youth international could already cost the Red Devils as much as £70m to sign this summer.

That could end up being worth it in the end, and here’s a look at the exciting young XI Solskjaer could field next season if he does land these targets… 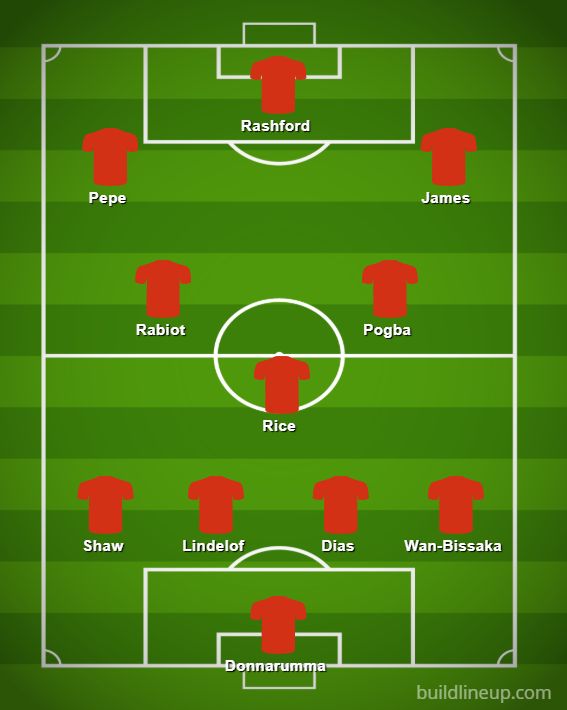