Manchester United are joining rivals Tottenham and European giants Paris Saint-Germain in the race to sign this Ajax sensation – would this be a good move?

It’s claimed that the goalkeeper’s agent, Albert Botines, is aware of the interest in his client’s services.

French outlet RMC Sport reported that the Ajax ace rejected the chance to return to Barcelona this summer. It was also reported that PSG were keen on his services, but the Parisians eventually signed Keylor Navas from Real Madrid.

The Cameroonian is contracted with the Dutch giants until the summer of 2022. 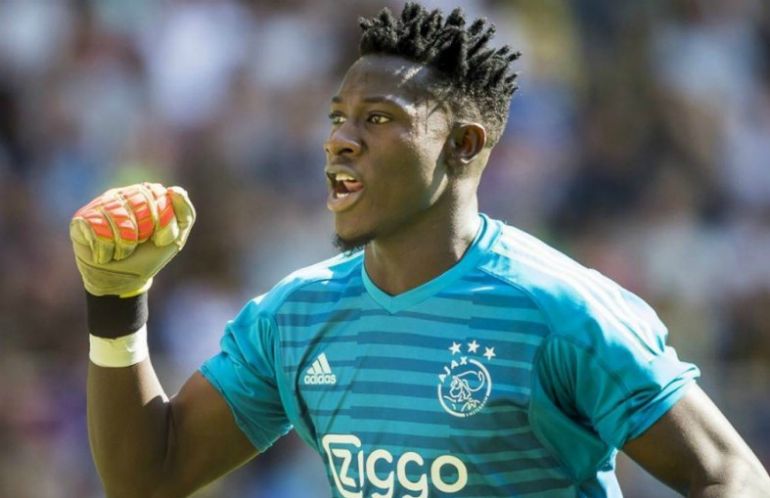 Andre Onana has been sensational for Ajax since breaking into the team.

The ace left Barcelona in the summer of 2015 to join Ajax and he hasn’t looked back since. The stopper was integral as his side completed a domestic double and defied the odds to reach the Champions League semi-finals last season.

Onana has now firmly established himself as one of the best young goalkeepers in the world. Not many stoppers have the experience that the 23-year-old does.

Onana left Cameroon as a child to join Barcelona and embark on his dream to become a professional footballer.

The ace’s talents wouldn’t have been discovered if it wasn’t for African football icon Samuel Eto’o setting up an academy to search his homeland for bright prospects.

It’s hard to believe this report considering that the Red Devils handed a bumper new contract to David de Gea in September. The Express claim that the Spaniard earns a staggering £375,000-a-week.