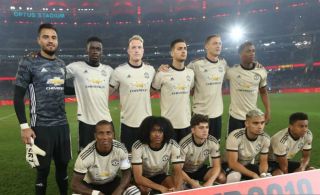 Manchester United goalkeeper Sergio Romero is reportedly seeking showdown talks with the club over his future after a frustrating recent time at Old Trafford.

The Argentine, who has been a pretty loyal servant to the Red Devils as a reliable backup ‘keeper for many years now, has fallen to third choice in Ole Gunnar Solskjaer’s squad and was denied a move away in the summer.

According to the Daily Star, all of this has led to Romero wanting to seek crunch talks with United over how he’s been treated throughout all this.

It does seem pretty poor from Man Utd, a club who have generally been known for their class and commitment to doing things the right way for most of their history.

Romero, however, can certainly feel justified in being aggrieved at how things have gone for him recently, as he’d never previously complained about his lack of opportunities.

With David de Gea struggling so often last season, Romero could arguably have even won the number one spot on merit, but he was surprisingly left out of cup matches that he’d usually feature in.

It remains to be seen what happens next with Romero, but fans will surely hope he can at least be treated right, whatever the final outcome of talks is.

Talks ongoing: Man United exit all but confirmed with player in negotiations over move away Mar 29 2021, 19:05
Manchester United FC