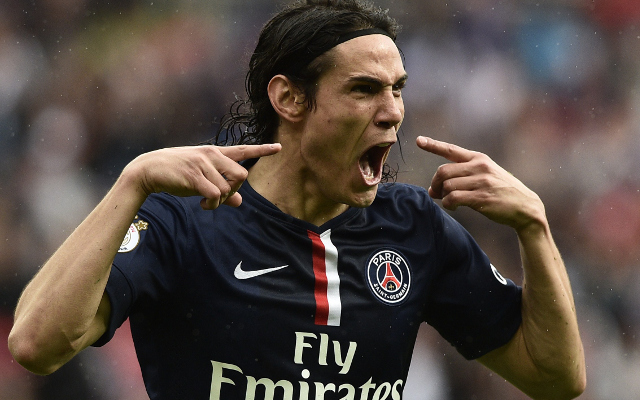 Manchester United face major competition if they are to bring Edinson Cavani to Old Trafford this summer, with Real Madrid believed to be interested in the Uruguayan forward.

Few players have featured more regularly than Cavani in the transfer-rumour columns over the last few months.

The Uruguayan remains an outstanding competitor, but it is believed that he is unhappy at playing second fiddle to Zlatan Ibrahimovic at Paris Saint-Germain. Similarly, it is understood that the former Palermo man is not content at being so often played out of position on the right-hand side.

The forward has been linked with a return to Serie A, where Champions League finalists Juventus are believed to be keen to bring him back to Italy.

Recently, an agreement was believed to be in place between PSG and Juve, with Le 10 Sport reporting that the ex-Napoli hitman was set to be welcomed to Turin with a four-year deal and an annual wage packed of €7.5 million.

However, Calciomercato have since reported that the Real Madrid are believed to have identified Cavani as a key summer target as they attempt to overcome their Champions League disappointment this term.

Manchester United have also been linked to the forward, while Arsenal and Liverpool may yet provide competition for the South American’s signature.