The Spanish champions will face Inter Milan at the San Siro in the Group B encounter on Tuesday night, chasing a win which would secure their spot in the last-16 of this year’s competition.

Valverde’s men have already secured nine points in the group after comfortable home wins against PSV Eindhoven and Inter, along with a thrilling 4-2 win away against Tottenham.

Lionel Messi has been missing in action for the Blaugrana for two weeks after breaking his arm in La Liga against Sevilla, but he had been targeting a return to action this week after resuming training on Friday.

According to Barcelona’s official Twitter account, the Argentine superstar is back in the fold after being named in Valverde’s final 22-man squad to face Inter.

As ESPN reports, the Spanish boss hinted that Messi would play in Europe with his comments after Barca’s 3-2 win against Rayo Vallecano on Saturday, as he stated: “I think we all play better with Messi in the side.

“We will see how he is in training [on Sunday] with regards to the Inter game this week.”

Clearly, Messi’s performance during Sunday’s session had an impact on Valverde’s final decision and the world can now look forward to seeing the 31-year-old attacker get back to doing what he does best on the pitch. 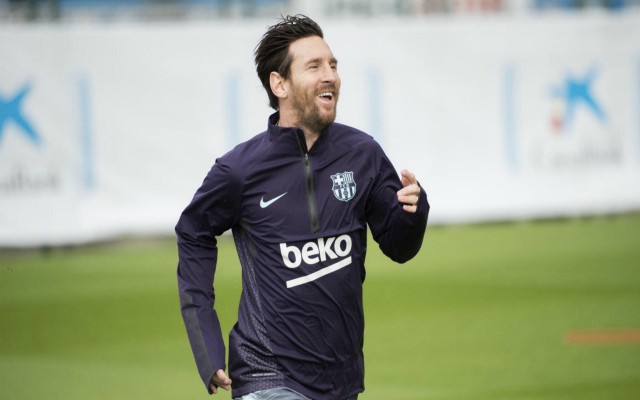 It remains to be seen whether or not he will start at the San Siro, but even as an impact substitute, the diminutive magician is capable of turning the game on its head in pursuit of his 6th Champions League goal of the current campaign.

Messi already has 12 goals under his belt this term in all competitions, despite his recent injury woes and now that he is back, Barcelona will be at full strength and even more dangerous as they bid for silverware on all fronts over the coming months.