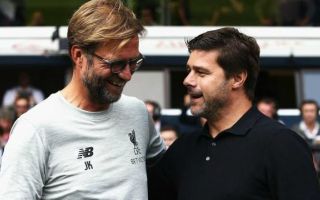 Champions League finalists Liverpool and Tottenham have been handed a major boost in their pursuit of this star, the ace has rejected the chance to move to some of La Liga’s biggest sides.

According to Spanish publication Mundo Deportivo, Juanma Lopez – the agent of Spain Under-21s sensation Dani Olmo has revealed that the talented attacking midfielder will not join a La Liga side this summer.

As per the report; Atletico Madrid, Barcelona and Valencia were all in the running to sign the star, the fact that the 21-year-old isn’t keen on a return to Spain is a massive boost to Premier League giants Liverpool and Tottenham, as well as Bayern Munich.

The Dinamo Zagreb star’s agent revealed that Merseyside, north London and Munich were the most viable destinations for the ace this summer.

Mundo Deportivo’s revelation also puts an end to Manchester United’s hopes of signing the star, Olmo’s signing could be a major coup for either Jurgen Klopp or Mauricio Pochettino.

Olmo is valued at around €40m (£35m) by Zagreb, given the star’s stunning displays over the summer – this is a very fair asking price.

Olmo was named Man of the Match for the European Under-21 Championships final between Spain and Germany, the versatile attacking midfielder scored the winning goal for his country.

Fans shouldn’t be fooled by the fact that the ace plies his trade for Zagreb, Olmo came through the ranks at Barcelona before a shock move to Croatia. The attacker’s schooling at the world famous La Masia suggests that he has the pedigree needed to succeed at the highest level.

The star has been phenomenal for the Croatian side, last season the ace scored 10 goals and provided seven assists across 35 appearances in Croatia’s top-flight and the Europa League.