The news just keeps getting better for Newcastle United and their manager, Steve Bruce.

The Magpies have endured a horrendous campaign in the Premier League in 2020/21, and until recently looked certainties for the drop into the Championship.

Bruce has, somehow, engineered a late season revival, and only another disastrous few games coupled with Fulham’s own, unlikely, revival, will see them down from this point.

The manager has long been under-fire from the long-suffering supporters, but has always insisted that there was never any problem with the dressing room. 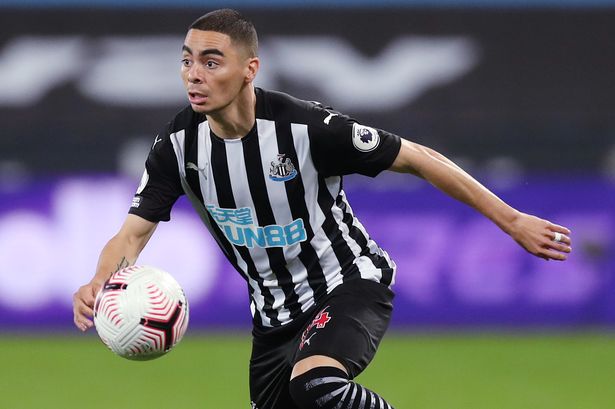 Miguel Almiron at least, now has more of an understanding of what Bruce has to say.

“Football in the Premier League and in England is very different to playing in MLS but my team-mates and the manager have helped me greatly,” he said, according to Sky Sports.

“Right now, I have to keep on working hard in order to improve, but I’m very happy here in Newcastle.

“The truth is that when the gaffer [Steve Bruce] speaks English during training to the group, I understand him and the instructions he’s getting across.

“But having Javier Manquillo, Federico Fernandez and Joelinton as team-mates certainly helps.”

At the end of the season, Mike Ashley will not only have to decide whether to keep Bruce in situ, against popular opinion, but also whether to sell the club or not, buyer notwithstanding.

That may well impact on whether Almiron is wearing the black and white stripes next season or not.