The Red Devils right-back has represented England at Under-21 level, but is yet to win a single cap for the senior side, whilst he could also be eligible to play for DR Congo, having also represented them at Under-20 level.

Despite his strong performances for Man Utd, Wan-Bissaka doesn’t look particularly close to the England fold right now, and Chadwick admits he finds that surprising.

Of course, the Three Lions have some quality players in that department, such as Trent Alexander-Arnold, Kyle Walker and Kieran Trippier, so it perhaps makes sense that it’s not been easy for Wan-Bissaka to get a look-in.

At the same time, the 23-year-old would offer England a little more in the way of defensive strength in that role, which Chadwick thinks could be useful for Southgate’s side if they have a decent run in the tournament and come up against big teams like Spain or France.

“I think it’s quite strange that he’s not been thought of in that position,” Chadwick told CaughtOffside. “It’s common knowledge what a good one-on-one defender he is. 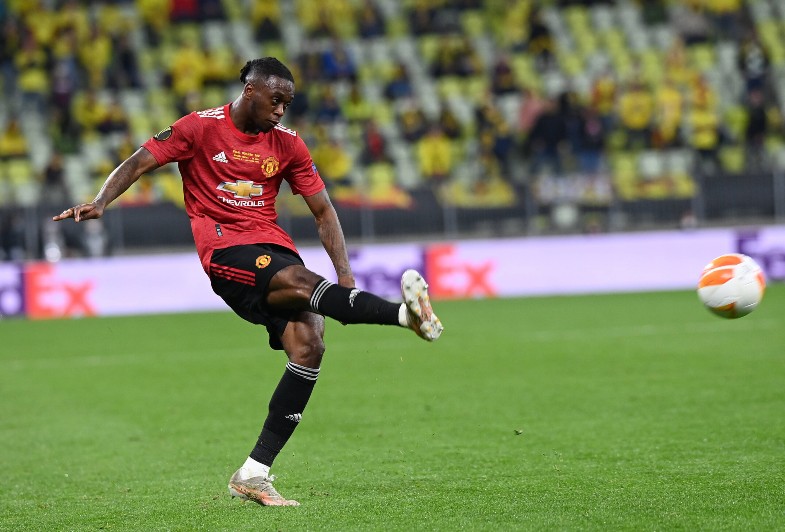 “When England go to major tournaments, in the latter stages of it, when you’re playing the likes of Spain or France you’re going to give up a bit of possession, and I think Wan-Bissaka’s shown, against some of the world’s best like Neymar in the Paris Saint-Germain games, that there’s no one better at one-on-one defending.

“It does look like Southgate is trying to change the way England play, to have hold of possession more, but to do that against the best teams is going to be a struggle, and it’s not like Wan-Bissaka can’t keep hold of the ball, even if he can lack that end-product of the likes of Trent Alexander-Arnold and Kieran Trippier.

“It is a bit worrying that he’s not really mentioned at all when squads come up, given the ability he’s got, you’d probably trust him ahead some of the other right-backs, who are not quite as athletic or as solid defensively as Wan-Bissaka.”

Chadwick also discussed the prospect of United manager Ole Gunnar Solskjaer trying Wan-Bissaka at centre-back in pre-season and said he felt it could be a good move for both him and the club.

“I think it could be tough for Wan-Bissaka to play in a back four as a centre-back, but if they were to play a back three, he could slot in well on that right-hand side,” Chadwick said.

“He’s got great pace and speed in behind, something United have lacked at centre-back this season – it’s not really a strong point in Maguire or Lindelof’s game.

“We’ve talked throughout last season about United trying to find a centre-back like that, but maybe it’s the guy who’s been playing right-back all season who could be the answer to their problems in that position.

“He’s got a fantastic attitude and I’m sure he’d give it his all if he was tried in that position. It would be interesting to see him play there in pre-season because he’s got all the attributes to play there.”