Belgium boss Roberto Martinez has provided an update on the injuries of Eden Hazard and Kevin De Bruyne.

The Red Devils are in Euro 2020 action this evening when they face Italy in the quarter-finals for a chance to face either Spain or Switzerland in the semi-finals.

But in the Round of 16, Belgium suffered two key injury blows as they defeated Portugal 1-0 with both Hazard and De Bruyne forced off through respective injuries.

It looked as if both were in doubt of missing the rest of this summer’s competition, but there has since been positive news on the duo.

And Martinez has now revealed there is a possibility that they could feature as soon as the Italy fixture, with both players set to undergo late fitness tests.

“They couldn’t train with the group yet,” Martinez said, as cited by The Athletic. “But it’s been another 24 hours and it’s been positive.

“Every day that goes by, we see an improvement. We know we are fighting against time. We will take until the last minute (to decide on their involvement).

“We are in tournament mode and by being with the team here, we are trying to get them fit as quickly as we can. 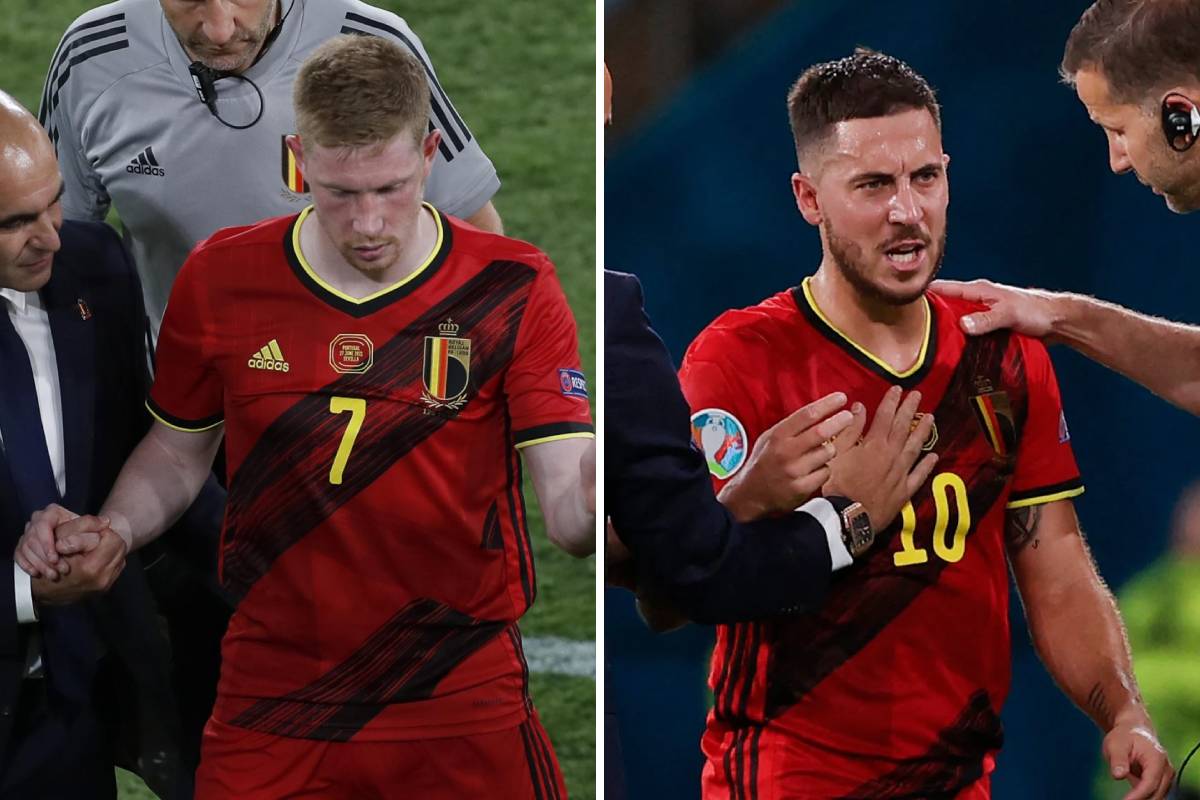 “If they are to miss the (Italy) game, we’d like them to be available for the next matches. It will be hard to recover Eden, he’s suffered a muscle injury, De Bruyne has a different problem.

“A decision is up to the medical staff, we’ll decide once we’ve spoken with them.”

Hazard had a nightmare time with injuries at Real Madrid last season, while De Bruyne also had his fair share of injuries, missing 13 games for Manchester City.

Both players will be hoping to improve on that heading into next season, but they first have fresh injuries to overcome as they look to guide their team towards the European crown.